Perils of a Small Business Owner…

Posted on November 13, 2012 by Julie the Workaholic

Many of you know that I run a small photography business. (Insert shameless plug here.) 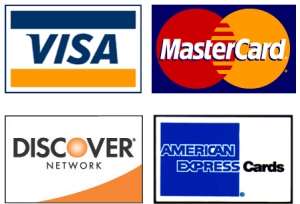 Well, the economy hit the business pretty darned hard. I mean, I opened for business in September of 07, built a physical studio over the summer of 08, and opened the doors in late July, 2008. Things were good. I was rolling along, growing my business and WHAM! The economy went south. People didn’t have a whole lot of cash left over after they paid their bills, so slowly, business began to decline, but I was making up for it with hit and miss weddings, which was fine.

This fiscal year (my FY starts January 1), things have been terrible. I did a lot of freebie work, but really didn’t have a paying gig until October, which was fine, just because I was starting to realize at my age, 40 hours at the day job and 40-60 hours a week in the studio were a prime example of why it’s bad to be a type-a workaholic. I am getting to old for this shit, and that’s ok.

I had pretty much resigned myself to the fact that this is going to be more of a hobby than anything else, but being vain, I’ve kept up my web site, my portfolio, and other blog because I guess I wanted to keep the business on life support (and I’m glad I did, but will save that for another time).

I had a client who was fairly past due pay her entire balance in cash and I filled out the deposit slip and put it and the cash into an envelope and sent Johnny to the bank where I had my business account. No problem…that is until he got to the window and they wouldn’t take the money because there was a block on the account. Several unsuccessful phone calls, unsuccessful visits, and months later, I get a call from a collections agency from said bank. I’m thinking WTH, right? This bank had purchased the bank I had opened the account in, changed names, web sites, policies, and apparently had no belief, whatsoever, of communicating with any of their clients. Their customer service is crap, to put it nicely. So I’m told that initially it’s a credit card that I owe a past due balance on of $180 dollars and some change. I told them that I never had a credit card with said bank, and that I wasn’t sure why I would have such a large past due balance on anything. Well, it turns out, after they pulled more records, that said bank had closed my account; they never sent a statement, an email, made a phone call, left a voice mail message or anything. Long story short, it seems that the bank had closed this account due to inactivity with eighty CENTS to the negative. Yes, you read correctly. An EIGHTY freaking CENT overdraft.  From MAY! So when you compound exorbitant interest with late fees, four months later you have a balance of $180 and some change. The bank, according to the collections lady, was willing to settle for a mere $58.00. Fine. Whatever. Over eighty cents. ‘Nuff said, paid it off, put it to bed.

In October I had my first paid gig in quite a while. The first thing I did was go to my e-storefront on the web site and disable (so I thought) the ability to use a credit card for purchases, since the associated bank account was dead in the water. Apparently, I did something wrong, or simply did something as stupid as not save the changes. Last week I got an email saying an order had come through VIA CREDIT CARD! I’m thinking, “OMG, what now? There’s no account linked to the merchant account anymore!”

So I do what any panicked person would do. I waited until I got home from the day job and sent an email to the merchant account provider explaining pretty much what I told you guys above, only used the Reader’s Digest condensed version. This was last Wednesday afternoon. I get the usual automated response, and the following day I got an email from a very nice gentleman. He told me that they were working on the issue and that someone would call me to ask me some questions in order to get the new bank account information linked to the merchant account. *Whew,* right?

They called me yesterday while I was at the day job and couldn’t take the call, they left a voice mail, and then followed up with an email asking me to call them at my earliest convenience. I emailed them back and told them I was away from the studio until four pm EST at the earliest and would call just as soon as I could upon arriving.

I did that. Here’s what happened:

I spoke to the receptionist and asked to speak with the guy that left the message and email. He was at lunch, could someone else help me? I wasn’t sure, and told the receptionist that and gave her a brief rundown of what the situation was. She told me anyone could help me, so then put me through to the correct department, where I spoke to representatives #1 & 2.

Representative #2 put me in touch with a rep #3 from “collections,” since there was quite a good bit past due on the monthly fee. Ok, great. I spoke to a really happy man who said he would put me in touch with Representative #4. Would I mind holding a few more minutes? Of course not. I just want to get things fixed. So I held. And held. And held some more. #3 comes back on the line and tells me to hold for just another moment while he connects me with #4. So I held for a bit longer, at which point, I’m thrown into a voicemail box asking me to leave my contact information, because all representatives were busy helping the other sorry-ass merchants that let their bank accounts close due to inactivity who called before I did and someone would be calling me back shortly. So I left my contact info and kept the phone with me for a couple hours until it was closing time, Mountain Time. No phone call, no nothing. I talked to four people, and was on the phone at least thirty minutes, and got nothing accomplished.

So today, I’m sitting at the day job. I’m already cranky because I didn’t get a hell of a lot of sleep last night, we had kind of a rough morning in the office, and this email comes in from my merchant account from some woman I have not had the pleasure of dealing with. She states in the email that they can’t help me if I don’t get in touch with them and that they’d never heard from me yesterday. Do WHAT?

You know me. I fired back a smart ass email right back to this woman stating not only did I call back, I spoke with no less than four people, spent a good deal of time on hold, and then was thrown into a voicemail box, whereupon nobody could be bothered to return my call, and that all I really wanted was to speak to someone that would HAPPILY take my money so I could get my past due rectified, so that I could link this merchant account with the active bank account. Then I waited for a phone call that never came, so I sucked it up and called and asked for the original guy I’d been corresponding with and told him what had happened yesterday, and of course, he’s all apologizing and whatnot, and then I tell him I get an email from this woman, yedda, yedda, yedda. Then he tells me he can’t do anything until I have a routing number for the new account. I tell him it’s at the studio and I’m on break at my day job, can I just pay the enormous past due and get on with it? Well, NO…They won’t take payment from past due from a debit card. They need to draft it from the account, itself, and without the routing and account numbers there was really nothing that could be done. I confirmed that they were open until 7:00 pm EST, because I knew I was going to have to work late and I had an appointment after work, and knew it would be between five and five thirty before I would get to the studio. He said that was fine.

I no sooner walked in the door at 5:15 this evening, getting what I needed to call this guy from the studio and he’s calling me. Great! So he tells me collections closes at 5:00 pm EST. It was at that point I think I may have literally given myself a face palm. I know that I did audibly heave a HUGE sigh. At this point he tells me that he can take my banking information and give it to collections first thing in the morning to get the balance taken care of. So you know, I have to ask him. What is the past due? Um…are you guys ready for this. The huge past due balance that they cannot take by credit or debit card is exactly three dollars and ninety-five cents. $3.95. SERIOUSLY?

Till next time…And for God’s sake, do NOT purchase anything from my web site tonight with a credit card, because I KNOW my art prints are really nice, and you’d all probably LOVE to own one yourselves, but try to refrain from that credit card purchase, ok?

Mom of three (grown) sons and one (grown) step-daughter, wife of one, friend of many, and owned by seven 4-legged critters, writer, photographer, friend, huge fan of life, and most of all, lover of all things beautiful .….Getting healthy, and hoping to make a dent in the world in a most positive way! (And then there's my alter-ego, the Workaholic, who is me, just unfiltered.)
View all posts by Julie the Workaholic →
This entry was posted in Of Interest, Random Thoughts, Seriously? WTF, Suckfest and tagged bad banking practices, merchant accounts, Small business. Bookmark the permalink.

1 Response to Perils of a Small Business Owner…