Posted on November 16, 2012 by Julie the Workaholic 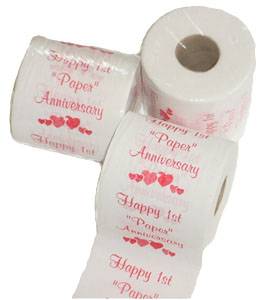 Happy 1st Anniversary to Me, the Type-A Workaholic! ❤

My, how time flies when we’re having fun!  I can’t believe that this blog is a year old, already! If you are looking for a hysterically funny entry, however, this one isn’t it.

Just a short year ago I was sporting seriously orange (and I mean traffic cone/Bozo orange) hair. I had no earthly idea what a turduckin was, and was all about the Honey Badger (because he didn’t give a shit), was really getting into the green screen portraiture in the studio, and was friendly with a bunch of people I have since severed ties with. I experienced the Best. Day. Ever. and am glad that I did, because I don’t think that kind of situation is ever going to present itself again, so I’m glad I was given the opportunity to grab the brass ring and run off with it, even if it was only for one short day.

What is the same a year later? Well aside from the obvious answer (the president):

What is different a year later?

So what’s the point of this blog? I couldn’t just let Random Musings’ first anniversary go by without some kind of commemoration, right?

On the lighter side, She Who Shall Remain Nameless has really cut down on her gum consumption, and I am really very proud of her, given I have NOT cut down on my wine consumption. 😉 I have, however, cut down on my attendance at the gym, but I’ve been working DIY projects on the home front which have required a LOT of physical activity, so there’s that. The honey badger still doesn’t give a shit, and I’m good with that, too. I wish I were more like that. Oh, and my boobs are still the same as they were a year back. I hate being at the mercy of the damned insurance companies. I SHOULD have been wearing ridiculously cute shirts by now, but NOOOOOOO.  Thanks, Cigna! 😉

I’m a year older, a year wiser (dammit – sometimes ignorance is bliss), and a little more well rounded (yes physically, LOL, but also intellectually and spiritually), and that is that. I have read back from the beginnings of this blog, when the worst of my worries was how god-awfully bad that henna made my hair look, and wonder where my humor went. I was funny, silly, and sometimes downright stupid, and apparently I am going to have to go looking for THAT girl, again.

So I am off to see if I can’t find that funny girl buried in the corner of the closet from hell.

Mom of three (grown) sons and one (grown) step-daughter, wife of one, friend of many, and owned by seven 4-legged critters, writer, photographer, friend, huge fan of life, and most of all, lover of all things beautiful .….Getting healthy, and hoping to make a dent in the world in a most positive way! (And then there's my alter-ego, the Workaholic, who is me, just unfiltered.)
View all posts by Julie the Workaholic →
This entry was posted in Friends, Of Interest, Random Thoughts and tagged Blog Birthday, recap. Bookmark the permalink.

8 Responses to Our First Anniversary!