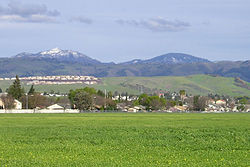 So my brother from another mother, Rob, at Weight2Lose2013, posted a tidbit about running from the police in a panic on one of his recent Tidbits for Tuesday posts. I told him that having the police chase you is panic inducing, or so I’ve heard, because I’d never been chased by the police. Seriously. I didn’t get chased. *I* never even had the chance to run. Hell, I had one foot on the snow, and before I knew it, I was in a cop car.

How did THAT happen? I know you’re asking that. I would be, too, had I not lived it.

I did a lot of stuff that should have had me busted in my teen years, but I only got hauled in for truancy, of all things…

I was that girl that spent most of her high school years grounded because I was either breaking curfew or something minor like forgetting to call to tell my folks where I was. At the time? It seemed like total tyranny, but having also lived through parenthood, I totally get where my parents were coming from. Now. Then? Not so much.

So some of y’all know I grew up in the Bay Area, south of San Francisco, in the Silicon Valley; Santa Clara, California. We rarely got snow. Hell, I think I only heard thunder once growing up. I was all of 9 when I saw snowflakes for the first time in my hometown, so when one of the guys in my circle of friends said it had snowed on Mount Hamilton and did we all want to hop in the car, cut class and go see it? Oh, hell, yeah! You KNOW I was in…

We (and by we, I mean my best friend, Allison, Larry {her boyfriend}, Jeff {my boyfriend and future first ex-husband}, Bob {the only 18 year old in the group, and the driver} and me, at the ripe old age of 16) all jumped into Bob’s old Toyota Corona (yeah, I’m that old; it was a CoroNa, not CoroLLa) and headed off to Mount Ham.

We got to the summit, the snow was still falling, and there was a couple of inches of snow on the ground. I was so amazed! After all, I’d never seen THAT much snow in one place before in my life. I mean, c’mon…I was a Silicon Valley girl, and that shit just doesn’t happen in the Valley.

I opened the door and was immediately greeted by one of San Jose’s finest. I didn’t have the opportunity to run. I think I took all of three steps between Bob’s car and the squad car I was placed in. (Rob, panic didn’t have a chance, at that point. Running was NOT an option.)

All of us were detained (I hesitate to say “arrested,” because we weren’t…much) except for Bob, who was, as I mentioned earlier, the only “legal” adult in the group. Jeff and Larry were 17 and Ally and I were all of 16. 4/5 of us were minors, and 4/5 of us got hauled back down the mountain to the truancy center.

Now, I mentioned that I spent a lot of my high school years grounded. This time I was the only one NOT grounded. Seriously. My dad was so cool when he left work to come and pick me up. He made this whole “stern-face” thing happen when he arrived, and I just KNEW I was toast. Turns out? Dad did the same thing when it had snowed on Mt. Hamilton when he was in high school in the 50’s. Apparently, he didn’t get caught. Being the only one not grounded did me little good; all my besties WERE busted. For a week, minimum. But it was the first time I think I looked at my dad as a human, and not some parental unit that got off on busting his teenaged daughter, so there’s that.

So that’s my TBT for today.

Mom of three (grown) sons and one (grown) step-daughter, wife of one, friend of many, and owned by seven 4-legged critters, writer, photographer, friend, huge fan of life, and most of all, lover of all things beautiful .….Getting healthy, and hoping to make a dent in the world in a most positive way! (And then there's my alter-ego, the Workaholic, who is me, just unfiltered.)
View all posts by Julie the Workaholic →
This entry was posted in Family, Friends, Random Thoughts and tagged busted, cutting class, high school in the 80's, Mount Hamilton, Snow, Throwback Thursday, truancy in Santa Clara County. Bookmark the permalink.