TBT-How My Youngest Tried to Kill Me

Okay, it wasn’t deliberate. Yes, he was a newborn at the time, so no, I don’t blame him, but Xanax might have been helpful, Doctor…for both of us…for the whole fam damily. Seriously. 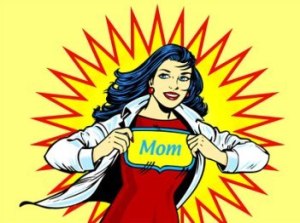 This was how I felt after an un-medicated labor.

My youngest son (I have three) was born in early September, 1994. He was by far the easiest birth. Granted, I was given some pitocin via IV because my water broke and I was dilated to just over four centimeters, and not progressing, and thanks to some crazy rule, they wouldn’t let me go home. After having stalled for several hours, they started the pit drip shortly after nine that morning. By the time I was threatening to kill anyone that wouldn’t give me pain killers, the nurses were explaining to me that I was in transition, therefore I could not have drugs. Who writes these rules? Anyhoo, Baby Boy made his appearance just under two hours after the IV was started, and I was feeling pretty badass, because I was able to walk to my room, where lunch was waiting. His, by far, was the easiest experience of the three. I was so proud of my maternal prowess…Had I known what was coming…? 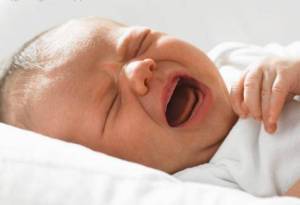 This is what the first eight or so weeks looked like…

I nursed both of Baby Boy’s two older brothers, so I figured I would be a seasoned pro, right? Ugh. Wrong. He didn’t have a problem with the concept. He had a problem with the milk. MY (???) milk. I figured this out a day or so after we got home. He’d cry, I’d nurse, he’d go to sleep for a few minutes, he’d scream. Holy crap, did he scream! I read books (the interwebs wasn’t a household name in 1994), called the doctor, called every mom I knew of. I adjusted my diet, based on what the doctor said. Cut out much of my dairy. Cut out any beans or legumes that could cause gas. Cut out all my dairy. Nothing worked.

The pediatrician recommended soy formula, so we tried that. By this time, Baby Boy was about four weeks old and I’d gotten about 32 hours sleep, total. So I put him on the bottle, which really hit me in the maternal ego, but thinking it would be better for him, I did it. Two weeks into soy formula, grainy eyed, I took him for a well baby checkup. I reported to our ped that nothing had changed, and basically he screamed, I bounced him, walked him, rocked him, put him in the car and rode him around, and yet he screamed until he slept for a short while and then woke up again, hungry. Lather, rinse, repeat and repeat and repeat.

They gave me a “mother’s heartbeat” lullaby cassette to play in his room, thinking that maybe he was just stressed out. We were so hopeful. I popped the tape into the player, turned it on, he fussed for a few, and went to sleep. I drug my ass to the couch for a nap and I was just about to close my eyes, and he started screaming. Again.

At 8 weeks in, these eyes look fantastic compared to what mine looked like…

We went through this for two more weeks, thinking maybe he had his days and nights mixed up, but he didn’t really seem to have days OR nights. By now, my future second ex-husband had gone back to work and I was alone with the screamer and his twenty-seven month old brother. I was lucky my socks matched. Baby Daddy would come home and I was to the point I would wait by the door and hand him to his dad so I could legally walk out the door, get in my car, and drive around the blog to catch a nap.

I was seriously thinking about driving my car off the nearest cliff, but we were on the plains and the nearest cliff was probably three hours away. I’d never make the drive. I was worried I’d kill someone innocent on my way after falling asleep at the wheel, so that was no good.

FINALLY, the pediatrician suggested a special formula (Nutramigen, I think it was) and lo and behold? The little bugger actually slept. Seems he had dairy allergies, yet they couldn’t figure out why soy had the same effect. We didn’t have internet back then, as I mentioned earlier, so it wasn’t like I could just hop online and research it, so I have no clue why it worked, but it did. That formula probably saved a lot of lives. Honestly. This was the only time I ever SERIOUSLY considered the Thelma and Louise way out. True story.

So that, my dears, is how my infant son tried to kill me…

Do any of you have memories of really hard times with a newborn? I’d never considered driving off a cliff (or any other method of self-demise) until that point, and really never have again. Have any of you been there? How did you cope?

Post Script: This blog came to be because of Aussa’s blog at Hacker, Ninja, Hooker, Spy…specifically this post. Thanks, as always, Aussa, for the prompt…

Mom of three (grown) sons and one (grown) step-daughter, wife of one, friend of many, and owned by seven 4-legged critters, writer, photographer, friend, huge fan of life, and most of all, lover of all things beautiful .….Getting healthy, and hoping to make a dent in the world in a most positive way! (And then there's my alter-ego, the Workaholic, who is me, just unfiltered.)
View all posts by Julie the Workaholic →
This entry was posted in Family, Suckfest, Uncategorized and tagged breast feeding, colic, new moms, newborn, newborn doesn't sleep, sleepless nights, soy formula. Bookmark the permalink.

17 Responses to TBT-How My Youngest Tried to Kill Me