The Down-Side to the Electronic Age

Posted on October 11, 2014 by Julie the Workaholic 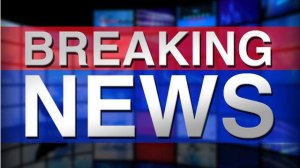 Sometimes there IS too much information…

This isn’t going to be one of those happy-go-lucky posts I usually try to do.

Yesterday I had an “ah-hah” moment, and not a good one.

A friend of mine received a text message yesterday morning after breakfast break conveying sympathy over the loss of a family member. She was obviously stunned, and we did a little online research to see where this information was coming from. Sure enough, there was enough information online to be able to piece together some of what had happened. After numerous phone calls we were pretty certain the sympathies texted to my friend were the real deal.

Not long after that, two uniformed highway patrol officers arrived at our office to talk to my friend, who was already beside herself over the half-information we had been able to obtain. The officers confirmed what we had put together based on news web site images and calls to various agencies and her family member’s place of employment.

The long and the short of this post is this…

Please, news agencies, be mindful of what you post online. If family members have not been notified, and “victims’  names have not been released,” people can still put two and two together and come up with four, especially when pictures with identifying factors are added to your online news story. We shouldn’t have been able to come up with the information the way that we did as easily as we did. My friend should have been informed by law enforcement first. Yes, if a road is closed to through traffic because a crime was committed or there was an accident, absolutely post that, but pictures? C’mon…a quick zoom and a license plate number can be recognized.

Please, well meaning friends, be aware that oftentimes it takes more than a few minutes to notify someone’s next of kin that something has happened. In this specific case? It took well over three hours, half of that my friend spent beside herself trying to get information to either confirm or deny what she had heard. In this case, the texter was correct, but the family didn’t find out until well after witnesses had pretty much spread the word. Did you know, beyond a shadow of a doubt, who the deceased was? Did YOU identify the body? No? Then maybe it would be a good thing to keep things to yourself until it has been confirmed, and maybe, just maybe, keep it under your hat until you either hear it from the family or see the victim’s name released in the news, because they don’t DO that until next of kin has been notified.

Granted, we live in Small Town America, and if we don’t know each other, we are probably related to each other. This was traumatic to my friend and her family, and the emotional ups and downs that she (and we, her friends) experienced could have been avoided had things played out the way that they should have.

While the media wasn’t the catalyst (small town life probably was), it still played a very large part in our ability to put pieces together. Granted, we probably shouldn’t have delved into it the way that we did, but when someone we are close to is absolutely to pieces and wanting answers? What do you do? Playing dumb isn’t an option for me, as I’m known as the “Google Queen” in my circle, and if it is out there, everyone knows I’m going to pretty much find it fast. Sadly, this time, I was able to, and it wasn’t pretty.

Yeah, I’m old fashioned. Am I alone in wishing for the good ol’ days where media saturation wasn’t such an issue? We didn’t get our information until the morning or evening papers came out, or until the 5 or 11 o’clock news.  We didn’t have a play by play, up to the minute breakdown of what was going on in the world. We were clueless until the news came on…and believe me! Ignorance was bliss. I wish we could have been ignorant until 11 o’clock yesterday morning.

To my friend? I’m so sorry for your loss. My heart breaks along with yours. We may “only” work together, but you ladies are my family. You and your family are in my thoughts and prayers.

To everyone and anyone reading this? Live like there’s no tomorrow. It’s not guaranteed, and this particular situation drove that point home like nobody’s business. Oh, and think before you text what you do or might know regarding someone’s personal tragedy.

Hold your loved ones a little tighter tonight, because they are around for you to do so.

Mom of three (grown) sons and one (grown) step-daughter, wife of one, friend of many, and owned by seven 4-legged critters, writer, photographer, friend, huge fan of life, and most of all, lover of all things beautiful .….Getting healthy, and hoping to make a dent in the world in a most positive way! (And then there's my alter-ego, the Workaholic, who is me, just unfiltered.)
View all posts by Julie the Workaholic →
This entry was posted in Friends, Suckfest, The Day Job and tagged information overkill, media saturation, think before you text, too much technology. Bookmark the permalink.

7 Responses to The Down-Side to the Electronic Age