A Day In The Life of a Healthcare Worker…

Posted on September 14, 2017 by Julie the Workaholic 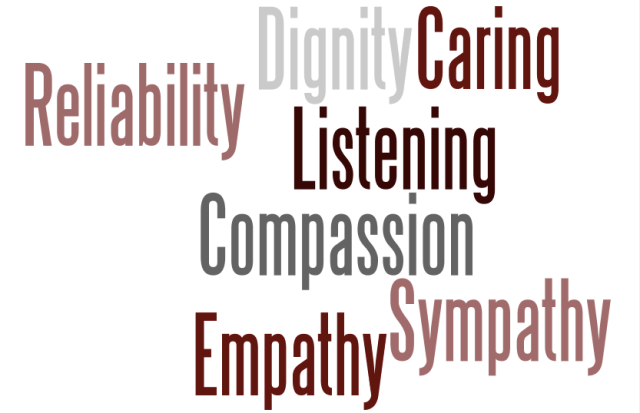 It’s not dull, that’s for certain. Yes, some days are really uneventful, but then there are the days like today.

Today started out in left field. I’d been walking around with a sinus headache since the first of the week, but yesterday I started feeling it in my ears. I woke up this morning and knew I was going to have to stand in the shower with my face under the spray for a while to get the pressure off until the nasal spray my husband had me try last night kicked in. This made me incredibly late for work, which turned out to be a good thing, by day’s end.

I don’t know how y’all are, but when I have that much sinus pressure, it is almost like having tunnel vision and my attention to detail might not be all that and a bag of chips.

I was able to procure an appointment with the Nurse Practitioner for later this morning, so I wanted to find out what, exactly, Johnny had me shoot up my nose that actually WORKED last night.

The following text exchange might have happened this morning:

Me: I need to know the name of the nasal spray you had me try.

Me: Yes. Last night, remember? Tastes like ass? It’s by the coffee pot.

Him: This isn’t Johnny.

I might have looked up to see to whom I’d mis-texted and might have been mortified to see “Jeff.” Jeff is my boss.

Fortunately, my boss is cool as all get out. We can even joke about it.

So, I went to my appointment, but on my way? I saw saw a lost lady in the hallway. What we do, when we see someone who is looking around, is to ask them if we can help them. This particular gal was looking for nurses that might have been in the OR for her husband’s surgery on Tuesday.  Now, our department doesn’t have a lot of interaction with the OR transport team, because they are a team of their own, but at that time, a whole lot of OR techs and nurses were coming out for lunch and we grabbed one, who took care of our visitor

Once I was done with my own appointment, I’d found out what I suspected; Sinus infection, with fluid behind my ears. Got the ‘script for antibiotics, Flo-Nase and picked up some Sudafed.

I’d planned on leaving at 3:30, because I was feeling like …. well… ass. But because I’d come up with another BRILLIANT idea for a fund-raiser for the soup kitchen, I stayed to send my idea to my boss, rather than cutting and running, like I should have done. (Although, in retrospect, I’m glad I didn’t…)

We ended up having an influx of in-patient moves and discharges, and were four behind when I was ready to go. I can’t leave to go home when my team is behind like that. That being said, I stayed over to pick up the next couple of transports. I’d just finished cleaning a wheelchair after my second and (as fate would have it) my last discharge, when I saw the lady (and her sister) that was looking for surgical nurses earlier in the day, so I stopped and asked her if they’d helped her out. The lady’s sister, who was with her, spouted off about ignorance and being hateful.

We were standing in the doorway of admitting and the main hallway, and the original gal started telling me about some things that had happened to her, today. She kind of went off, dropping some B, F, and GD bombs. I was able to usher them to my office. Once there, I let them vent and then offered them something to drink. While I was in Radiology getting them both some ice water, I texted my boss and told him what was going on and that I needed his help. “Please call me on my Cisco phone,” I sent.

By the time I’d gotten back to our office and handed out water, my boss called. I told him what was going on and he arrived within five minutes.

I can’t go into what went down, because of privacy, but I can tell you that my boss was the epitome of tact and compassion. He listened to two really upset women and did everything in his power to make things right.

Long story a little shorter? There were some take-aways from this situation:

My boss showed compassion, empathy, listening skills, caring and compassion. These are just some of the key words we need to be familiar with in healthcare!

Now that I’ve seen him handle something like this? I know that I can help diffuse similar situations in the future!

The original lady had been bragging on our facility until today. Her person was admitted last Friday, had surgery Tuesday, and had nothing but good things to say until the mis-steps of a couple of people, who meant no harm, but it created a “Perfect Storm” situation. Had I not been where I was, I wouldn’t have run into her this afternoon, and had she not run into me? She would have gone out and told anyone that would listen how simply awful my organization was.

My boss and I got things straightened out for this woman and her sister. I left her with my business card, went up to the room to visit with her person and assured both of them that I would be back in the morning to check on them.

This is just what we do as a healthcare team. It’s all great and wonderful when our patients and family are happy (which is most often the case), but when something goes out into left-field? We are there for that as well.

We might get verbally beaten up, hear some colorful language, and take the mistake of another on our shoulders? At the end of the day we are there for our patients and their families.

I can’t even tell you how PROUD I am to be affiliated with my healthcare facility! ❤

Have you ever had an undesirable experience in a hospital? How was it handled? Were you satisfied with the outcome? Make your thoughts known below! This will help me help my patients, because (as we should all know) PATIENTS FIRST!

Please, thank you and until next time…

Mom of three (grown) sons and one (grown) step-daughter, wife of one, friend of many, and owned by seven 4-legged critters, writer, photographer, friend, huge fan of life, and most of all, lover of all things beautiful .….Getting healthy, and hoping to make a dent in the world in a most positive way! (And then there's my alter-ego, the Workaholic, who is me, just unfiltered.)
View all posts by Julie the Workaholic →
This entry was posted in Health, health care, Hospital Stories, Life’s Little Victories, Of Interest, Personal Opinion, Random Acts of Kindness, The Day Job and tagged caring for patient families, complaints, healthcare follow-up, patient family members, patients first, we look out for our patients, you make a difference!. Bookmark the permalink.