Separation From Children; Another View… 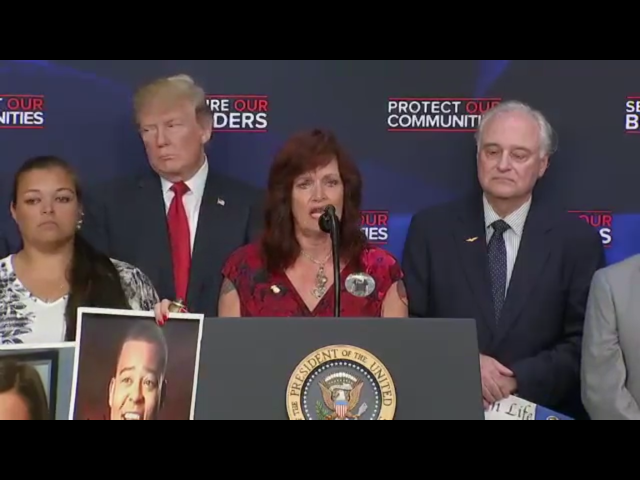 A mother of an only child killed at the hands of an immigrant here illegally. Screen-shot courtesy foxnews5dc.com.

Not only am I Mom; I’m also Nana to five adorable curtain climbers, and I say this with love and a smile on my face. I love you, Bailee, Ezra, Mattix, Bruce and Owyn. You, too, little Blake, the baby we lost too soon.

Let me state, for the record, that while I am registered as a Republican, I identify as an Independent, because I lean too far left to be a Conservative and too far right to be a Liberal.

Is my heart broken over little people being separated at our borders upon their parents’ illegal entry? Yes. It isn’t the fault of the children.

Having been a mom to three baby boys and a step-mom to a little girl? The idea of my children being taken away from me at that time in their lives hurts my soul and my heart.

As a mom, I can’t honestly say how bad things would have to get before I grabbed up my children to make a run for the US border. To date my two biggest offenses were a truancy charge at the age of 16 or 17, and a speeding ticket about 6-7 years ago. That’s it. So things would literally have to be life and death for me to grab my kids and make a run for it. But would I go the illegal way to get into this country? More than likely not. I’ve been a law abide-er my whole life. But, again, I’m not “that Mom” fleeing for asylum. 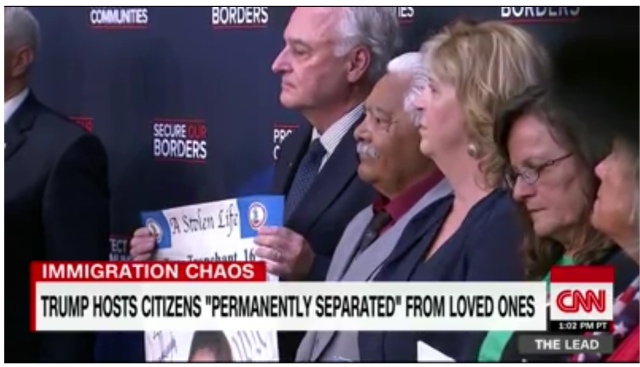 All of that being said?

Last week I found out that President Trump held a gathering for Angel Families; those that had lost a family member at the hands of someone here illegally. The parents and family members that spoke broke my heart. I know that my Liberal friends are going to look down on me for this post, but the truth in it hurts. These parents were separated from their children forever. That’s a whole lot longer than the 20 days immigrant children are kept from their parents, which is now, basically a non-issue, because of that Executive Order the president signed last week.

Losing a child is something I can’t even wrap my mind around. Losing a grandson to SIDS was rough, enough. I can’t even imagine how much worse it would be to find out that my child’s life was taken by someone who was here illegally.

Let’s take a moment to look at some things that started bouncing around in this old brain of mine. Indulge me?

I did a whole lot of research to find unbiased percentage of illegal crimes committed in our country. Do you know how hard it is to find anything unbiased these days?

Do the Google for yourself.

This is what I found: from the Center for Immigration Studies… Granted, this covers ALL non-citizens, legal and not legal. 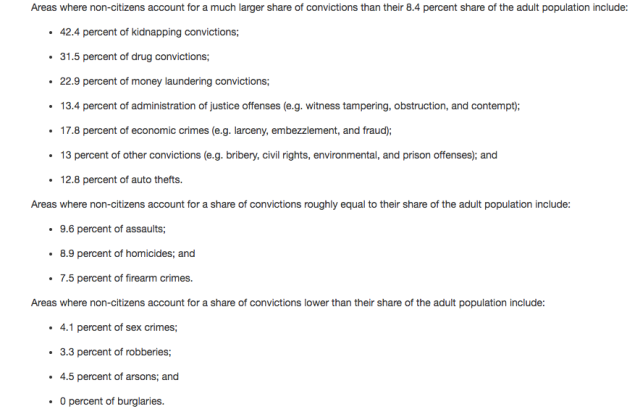 Now, I am not saying at all that 100% of people entering our country illegally are criminals. What I am asking is this. What percentage of illegal immigrant people coming across our borders are law breakers? Law breakers-speeders, recreational marijuana users, under-age drinkers, etc. Criminals-drug dealers, gang members, murderers, thieves, etc.

The answer to this is fairly simple; if the word, “illegal” is associated with your crossing, then you are breaking the law, so, doing the math, which I was never particularly good at, this is what my answer is: 100%

If you need asylum? Please come in using legal means. If you can’t? Hang out in Mexico until you can.

One reason I say this is because not too long ago my husband and I were looking for warm, tropical places where we might consider retirement. Have any of you ever checked into taking up residency in other countries? It isn’t as easy as just showing up and expecting to be let in. Australia, Mexico, Greece, etc. These countries require a minimum monthly income in order to acquire residency permits. You simply can’t decide that you’re just going to show up in that country and live, easy-peasy. I am not aware of a first world country where you can just do that. Oh, except for America.

The other is that when I watched several parents who lost their loved ones at the hands of immigrants who are here illegally speak that day, it struck something in me. Trying to be fair and unbiased, this is difficult for me. On the one (left) hand, the media is trying to make it look like our president is using Angel Families to avoid the confusion that is our border right now. On the other hand, some news outlets want to put a spotlight on the families that have lost children to immigrants here illegally, where, in some cases, the accused were out on bail.

”Catch and Release” is a bad idea. Catch and deport might be a better way of handling the people here illegally that have committed crimes.

I know that there are no easy answers here. I get that. I saw footage of the hecklers at the Mexican restaurant where the Secretary of DHS was trying to eat. One held a sign that said, “No Human Is Illegal,” and I completely agree with this. The action is, the person is not, but to open up our boarders to all is just asking for trouble and lots of it.

Mom of three (grown) sons and one (grown) step-daughter, wife of one, friend of many, and owned by seven 4-legged critters, writer, photographer, friend, huge fan of life, and most of all, lover of all things beautiful .….Getting healthy, and hoping to make a dent in the world in a most positive way! (And then there's my alter-ego, the Workaholic, who is me, just unfiltered.)
View all posts by Julie the Workaholic →
This entry was posted in Current Events, immigraton, lawlessness and tagged Angel Families, Angel Family, Confusion at the Border, immigration, immigration mess. Bookmark the permalink.

2 Responses to Separation From Children; Another View…

Leave a Reply to The V Pub Cancel reply