This evening I am going to start a gallon batch of sweet mead. I will be using the following ingredients:

I will mix and let sit for twenty-four hours and will pitch my yeast after 24 hours.

I may also put cinnamon and cloves in a cheese cloth bag for flavoring, as well.

Annnnnd, we’re back. 🙂 It’s 5:30-ish, EST, 3/7/15. Got the must started and took an initial SG reading of 1.120. Will be pitching the yeast (Lalvin Bourgovin RC 212) tomorrow. I ended up with about a half dozen golden raisins, 1 cinnamon stick and 8 cloves in my cheesecloth bag. Below are the pictures from today’s exploits: 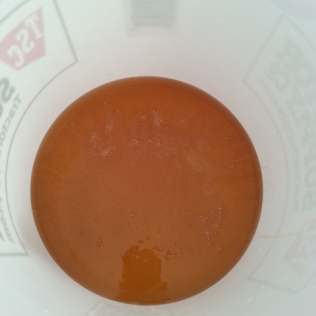 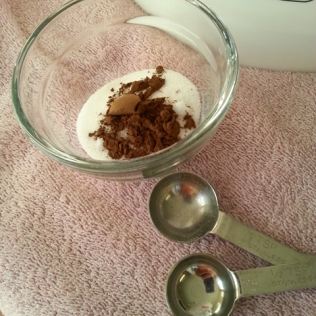 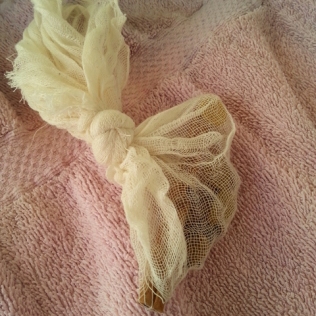 Cinnamon and clove with golden raisins.

3/9/15, Monday: So I pitched my yeast yesterday, and yet, again, NOTHING is happening, so I threw another dozen golden raisins into the must. No bubbling, no nothing. Should probably do an SG reading, but I’m tired, it’s been a long day, and I’ll check it again tomorrow.

3/12/15, Thursday. SG, 1.130. Again. Added yeast energizer and a cup of sugar, dissolved in must, heated to just shy of 120 degrees F. I am really frustrated with this batch. The last batch didn’t do anything for a few days, but it’s THURSDAY and we started Saturday, soooo….we shall see. I don’t know what the hell is wrong with this batch. Jeebus. 😦

3/14/15, Saturday. (Johnny’s birthday, Pi Day and also Steak & A BJ day for those of you following along…) Last night I checked the SG (1.140!!! WTH?), added more honey (12 additional ounces), stirred like a fiend and moved the batch into the cleaned “Mr. Beer” keg. It dawned on me that I still had the active yeast and some must sitting all nice and dormant in the refrigerator. I set it out overnight, warmed it to about 90 degrees this morning, shook it up and added it to the must. If it’s going to die, I want to bury it after having made every attempt at saving its life.